The love of this band has reached an intensity that is hard to ignore. It’s pretty deep. It’s so deep that several complained that the show was not long enough. People literally timed the show at around less than 90 minutes… one hour twenty or so? Hmm…and with a deep concern as to why it wasn’t longer.

Well they played all of the ELAHE selections and classics we expect and enjoy on tour. Only thing missing was the Arcade Fire Ready to Start cover…but that wasn’t on the set list last year either. So…all we can say is…those who are longing for more have a classic case of superfanitis. Many of us suffer from it. It’s dreadful. Even after going to shows for nearly two weeks in a row it’s not enough. There’s never enough of such a great band. This is what happens to you…you become addicted. One show is never enough. If it was we wouldn’t have formed this travel team. Big thanks to Susan for initiating a meetup!

And what a show it was! Look at these shares!

There were also some great shares on Instagram. As always, leave a little thank you, make a new friend! 🙂

Let's be honest, how many times have you sang along to this song? For me? Uncountable!! I ❤️ Tears for Fears!!!! Night out with my Sister seeing one of our favorite bands! #tearsforfears #hardrock #northfieldohio #hardrocksino #concert #iamachildofthe80s #hardrocklive

There were some encounters with the band along the way and some snap shots. Those have been posted to various fan pages. Explore and enjoy. Tweet us if you have any questions. We are out of extra tickets for shows but can perhaps assist with other things. This weekend members of the core team head out to Colorado. Say hi if you see those of us with the yellow bands or VIK badges. Those are the hardcores that made sure people got great seats at shows during the reschedule xox.
-TFF Travel Fan Team

Hearing Duran Duran on the radio as a toddler followed by Tears for Fears and vice versa has made me and many others complete addicts for their music&shows. So, finally of age to actually attend their concerts, (now having moved  to Atlanta) I can fulfill this “mandatory” fan duty. Their last few visits here have been nothing but phenomenal, fantastic and couple of other expletives starting with the word “f” that may not necessarily be appropriate for a shared blog post. To say they were great…just does not suffice.

Upon arrival to this show I (a Tears for Fears fanatic) alongside hardcore #Duranies found this car, 1st one in the lot, snuggled up in parking spot space #1 glowing with this cool license plate. As superfans do, we crowded around it, taking photos and nodding with approval at each other as if it were a glass of fine wine. 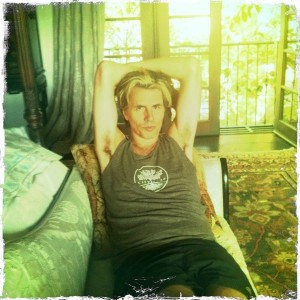 Fresh off the Tears For Fears US tour and having followed them online while they were in Brasil (Brazil), I’m still in concert mode. So, when these pictures of @ThisIsTheRealJT surfaced on Twitter followed by TFF’s Curt Smith (@curtsmith) stunning response I knew attending this show was not only mandatory, but also would have been illegal under every shared fan law if I didn’t go. 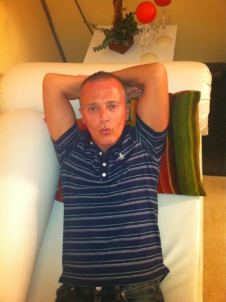 My media conference was cancelled due to 3rd party Egyptian visa issues so off to the box office I went demanding the closest seat in the house. I got 2nd Row seat 21. One of the few in that coveted section. Paid about $90 for it (same as the TFF show ticket in 2010) and more happy about it I could not be…it could have been much much more. I was ecstatic…especially as I pulled into the parking lot to read a re-tweet from Curt Smith saying: Give my love to @ThisIsTheRealJT …and that I promised to do.

After tweeting the license plate (shown above): “I must be in the fan club section because every car here has @DuranDuran license plates.” DuranDuran then responded to me, “That’s sort of terrific. #DuranLive.” And I’m reading this just as some bad ass stretch limo is pulling up next to me at the venue…who knows who was in it…

The Show
Again, I’m finally adult enough to even get into concerts and mature enough to not do a “Beatles scream” the whole time…and thus avoid alarming the band and every human around me. So this was indeed my first-ever Live Duran Duran concert and it blew my mind to say the least! I literally danced the whole time… And some of you may remember when you were a little kid in the 80s…you’re two feet from the T.V. singing into a hairbrush and channelling Simon LeBon’s moves and vocals…well that was me. Live and fully animated (and apparently pure entertainment for the people around me who were determined to give me high fives after the show…was that a stamina award? *giggles*) I did every move I had practiced to their music since 1986 when I first truly understood who they were. And when I say they live up to their legendary name I’m not exaggerating one bit. That was a club party on steroids out there at Chastain Ampitheatre and my 13 year old cousin and I were some of the youngest there…constantly questioned by veteran #Duranies about how on earth we knew the words to those songs. 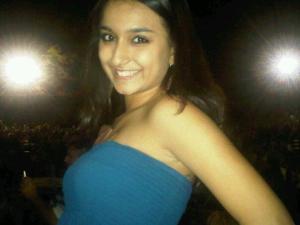 Neon Trees opened for Duran Duran. This is so wild because I actually contacted their fans regarding the Red Rock Casino show they had…which was where Tears for Fears would play later. Neon Trees were awesome. I’m definitely a new fan of theirs. And Duran Duran did not disappoint…The awesome hits of this band kept coming… Notorious, Rio, Come Undone, secret October, The Man Who Stole a Leopard, Wild Boys, Hungry Like the Wolf…you name it, they sang it all including new songs like “All You Need is Now.” I was enthralled with how good they sound, just like the albums if not better and looking as hot as they did 20 years ago…again, if not better. Their always trendy fashion, the additional band members (including a spicy young lady with red hair on various percussion who has the energy of a live wire) were just through the roof!

Some noteable moments include Simon reaching down into the audience and grabbing the scarf of a fan on the front row…putting it around his neck. Ohhh, as a superfanatic, I know how much that meant to that person. You wait years, decades for things like that to happen and when they do, you melt into total appreciation, star-struckness and remain forever in awe.

The young woman on percussion had a solo during “Girl Panic” and she went to town and back on those instruments…I mean she was wailin’ on it!!! It was so impressive. All that energy…ohh, I want to be her. She made me literally wish to take up the art. I’m considering extending my own cultural heritage of drumming into whatever she was doing on that stage. Just breathtaking (and I don’t mean that in the Seinfeld “You gotta see the baby” sense either, TFFrs may know what I’m talking about here…i..e twitter #fanfun)

She looked fabulous on that stage and her spirit was electric. My young cousin kept asking, “I want to meet her! Can we go backstage, Pleassssee?!! I have to meet her. I just want to hug her! She’s sooooo awesome!!” We are total New Romantics now but understand that Duran Duran shed that image to become something even bigger than that and I’m so determined to make the non-Nigerian side of my wardrobe totally to match that of theirs (in addition to my Tears For Fears inspired ensembles). As you know fans do like to look like their bands with percussion lessons in tow.

There were also the clothing changes. Simon first in a super-fantastic deep terracotta (if not red) jacket with stylings and work on the sleeves…shed mid show revealing broad shoulders covered in a very nice white short-sleeved shirt. You may laugh but these details are important…this is a fan blog…not necessarily a concert review… There was a #DuranLive Tweet screen and I saw a few of my (@papasfans) tweets scroll through. That’s always cool!! Lots of Tears For Fears fans, or enough of them talking about TFF in our midst…so we were right at home!

I could go on and on about that show…but I’ll pause at  that I have to do that again! Can’t wait for the next Duran Duran concert opportunity. They are another band for which I clearly need to set up Fan Travel funds.

After The Show
The explosive Duran Duran concert hours could have gone on and on and we’d have danced til we shrunk out of our pants. But around 11pm we, the supportive members of the Tears For Fears fan team crowded around the stage with the rest of the dedicated #Duranies to scavenge any cups, towels, playlists and other items that often get discarded after the show. One band’s trash is always a Superfan’s treasured stash! (I once took a half eaten key lime pie cake from the Band “Bush” and No Doubt). 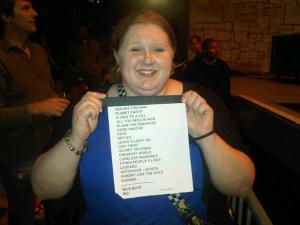 Michelle, a hardcore #Duranie who was trying to score a water bottle, cried gently toward the stage hoping to get the items she had her eyes on. Roadies and security weren’t giving out anything. It was pure hell and totally agonizing as we fans live off these unconventional souvenirs. I can’t even list the number of band towels I have or whose I grabbed in 2010 and sleep with every single night…several under my pillow and one tightly tucked under my chin. We as fans gotta work on working with bands and roadies to get these precious items in our hands. They are more highly regarded than even merch items! Michelle finally got her playlist and we all cheered. My cousin Tara leaned over the rail and grabbed some stage tape that had been danced and stomped on by Simon LeBon. I cut it into small pieces and placed it inside the stylish silver programs that were on sale…and I’m happy with it.

I have to give all credit to Curt Smith for pushing me toward the show long before I even had a ticket. Given that there were no funds left in the Tears For Fears fan generated travel account to send all of us to this glorious cousin concert event, I, initially, sacrificed my opportunity and decided to just be the driver to the show vs. being an actual ticket holder. But the pictures and later re-tweets regarding the event were just the push for us to “find the cash” for all of us to attend…and I couldn’t be happier!

Gigantic thanks to Sir David Esquire of Esquire Photography (@EsquirePhotog), CD (@QtcDior28) and Kai who were instrumental in linking the two fan teams (stateside fan generated crews for Tears For Fears and Duran Duran). 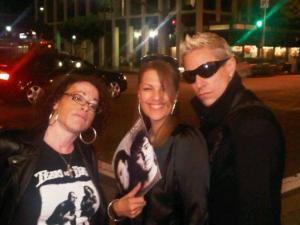 Gargantuan thanks to Duran Duran for even replying to my messages, also for always making Atlanta a stop on the tour. For goodness-sake, please come back soon and continue driving we ladies and our Wild Boys completely mad with your music! Cheers!