To say the Tears for Fears tour part I was fun is an understatement. Not only did people attend more than one show and in some cases literally follow them like loyal soldiers of sound, the band was warm, kind and caring from start to finish. It gives us a lot of hope about part II which begins in just a few weeks! Get ready to sing, go over the set list and show up! Arrive early, meet with fellow fans and make some of the best memories of your lives with Curt, Roland and team leading the way! We’re so excited as fans to have this opportunity to follow the band around. Don’t take our word for it…check out these videos and photos from Padova (Padua), Italia! These fans had a blast! 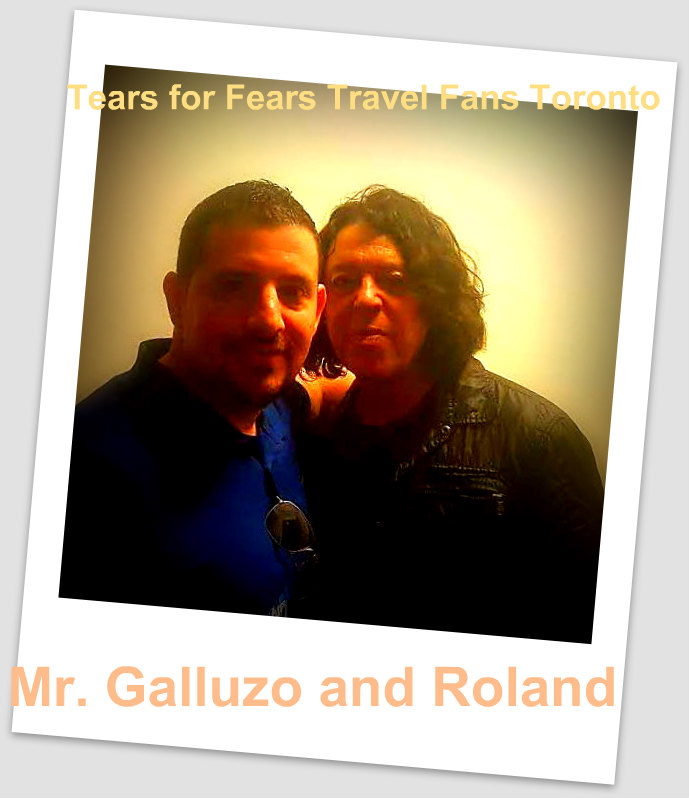 Tears for Fears in Canada… dedicated to Michel-Ange, his mother and Penny!

Forgive me guys, I was supposed to be at this show. I want to thank all the cool people that reached out beforehand and made their way to Toronto, Quebec and Montreal! I love Canada…particularly Toronto. I’ll never forget when I moved there briefly (was returned to the states kicking and screaming – I DID NOT want to leave and often wonder if I had only stood my ground and just stayed what would have become of me). While there, I was looking out the window near Ryerson Theatre and the band The Bad Plus came on the radio. I had no idea that their jazz version of Everybody Wants to Rule the World wasn’t actually Tears for Fears themselves doing something fancy. When they said that “they’ll be performing later that month” I thought they meant TFF. I literally wanted to change my plane ticket and just stay longer eventhough I knew I had to leave the country on x date. Fast forward almost 10years later, I’m writing this practically crying cause I love my Canadian friends so much that I’ve literally tried to get a few to move here. So far, we’ve had a handful…all Tears for Fears fans!!

Here’s a great note from Michel-Ange who was at the show last night. G-d bless him!

This is a message for Tears For Fears !!
HI Tears For Fears !!
On this thursday, i wish you a huge welcome to Montréal from one of your biggest fan !!
I’m Michel-Ange Rodriguez from Montréal, student and artist ! I’m waiting your awesome show in Place Des Arts, my sit is on third row (GROUND FLOOR CC 7) !
I have been a big fan since my teenage years. The first single i heard on a radio is “Everybody Wants To Rule The World”. This first single who have made me stronger as an individual !
It’s a big honor and pleasure to draw the hyper realistic portrait of the album “Song From The Big Chair” that I did.
To draw people’s portrait is a talent of mine. Without been shy, i’ll show you this big portrait after the show ! My big dream is to meet you and take a photo with you both after the show, if it’s possible !
If you want, i would like to show you the portrait that reflect my passion for drawing 🙂 !
Thank you very much Tears For Fears to have taken the time to read my message !
Will be a pleasure to meet in Montréal thursday !
ROCK’N ROLL TEARS FOR FEARS !!!!!

Thank you very much for your awesome show of my live Mr Smith and i did a draw for you 😀 ! Now i initiated my mother to be a fan of TFF 😁 ! pic.twitter.com/X6kBWdkSrk 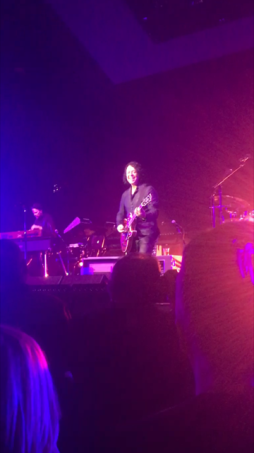 Hey Residents! Do you love Hall & Oates? Do you love amazing seats? Are you free tomorrow night? // We have two amazing tickets to the Hall & Oats – Tears for Fears Concert at TD Garden for sale! Tickets are $83.80 each. Come down to the leasing office for tickets to an awesome night out! . . . #hallandoates #tearsforfears #concert

Awww what a night with TEARS FOR FEARS!! Love them, so amazing!! ❤️❤️❤️ #tearsforfears #placedesarts #grateful #thankful

tears for fears last night was SO fun & @anitakrausz & i danced & smiled all night. so many highlights: memories fade, head over heels, WOMAN IN CHAINS & &&&…& this gem covering @radiohead! thank you @tearsforfearsmusic for a very memorable show! we loved it. #merci #montreal #concert #rockshow #tearsforfears #radiohead #creep #shout #everybodywantstoruletheworld #coversong

My kind of town 🌻 pic.twitter.com/dmDgynFuEH

And these cool thank yous are too darn cute!

TY Toronto!! You were the Kinkajou's cozy pants & delightfully charming in that I say sorry a little too often endearing Canadian way ❤❤

Do me a big favour, please befriend and follow the people on each of these links! We’re all about appreciation and saying thanks. Much love to everyone who posted, reached out and contributed! #FansForLife